The need for a design system

At the time HM Revenue & Customs (HMRC) had over 50 live digital services. Each service was subtly different in the patterns it used; there were rogue components and lots of design and technical debt.

I started and lead a multidisciplinary team of Designers and Developers in cataloguing and documenting design patterns and building them out into the HMRC Design System. 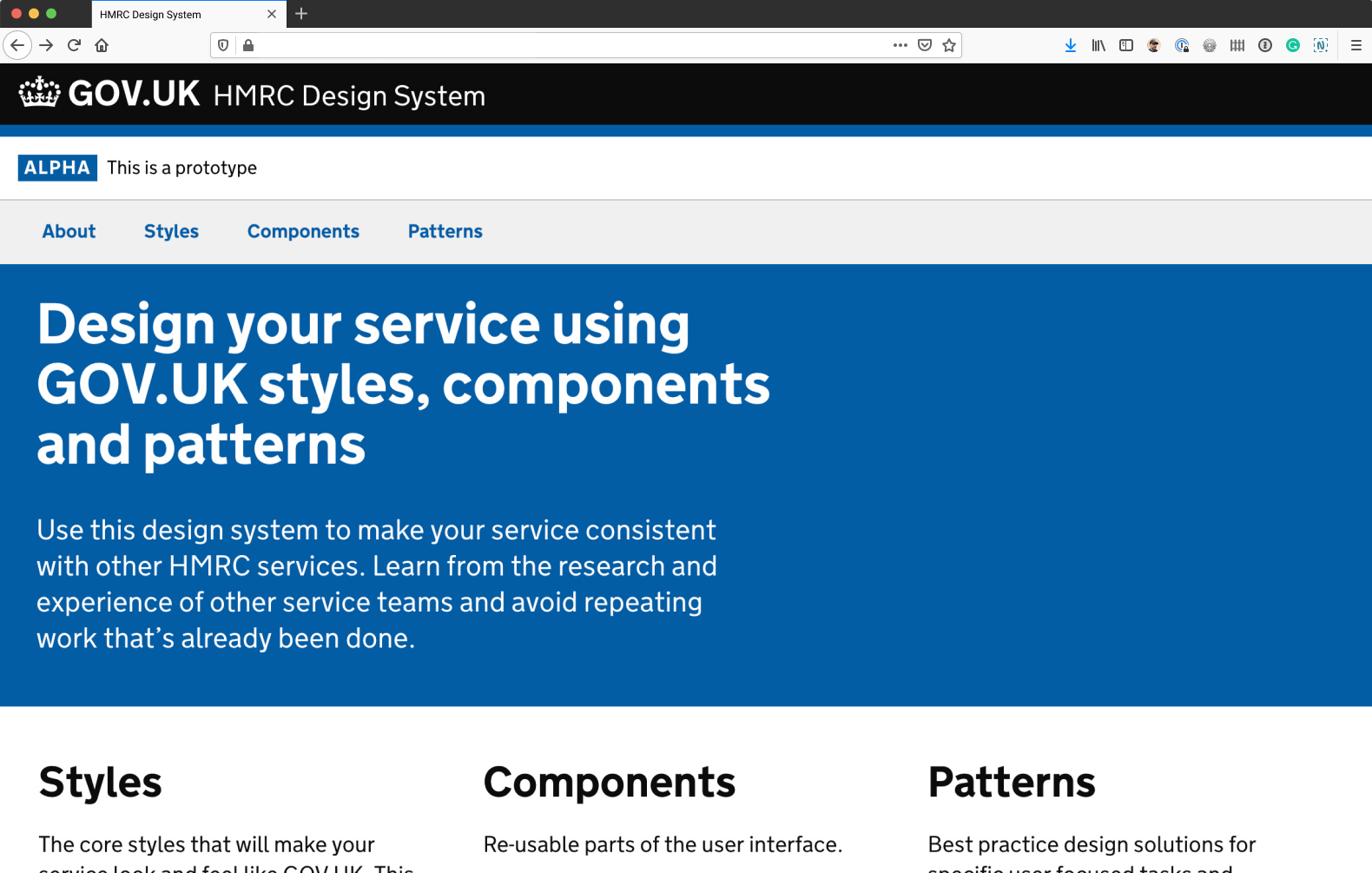 A screenshot showing how the HMRC Design System looked when it launched.

I recognised many strategic opportunities to collaborate with the Government Digital Service (GDS) on research and design activities, building a collaborative relationship with the Design System team at GDS.

In collaboration with the Head of Interaction Design at GDS, I started weekly calls across government to share knowledge and support between departments and worked closely with GDS to transform this group into a cross-government working group to curate and maintain the Design System.

I facilitated workshops with other designers across HMRC auditing digital services to understand how many different design patterns were being used by services. The results of this audit formed the bases of the backlog which we shared openly across government.

I set up and curated a working group within HMRC to manage and work through the backlog of patterns and developed a process by which new patterns are created at HMRC. 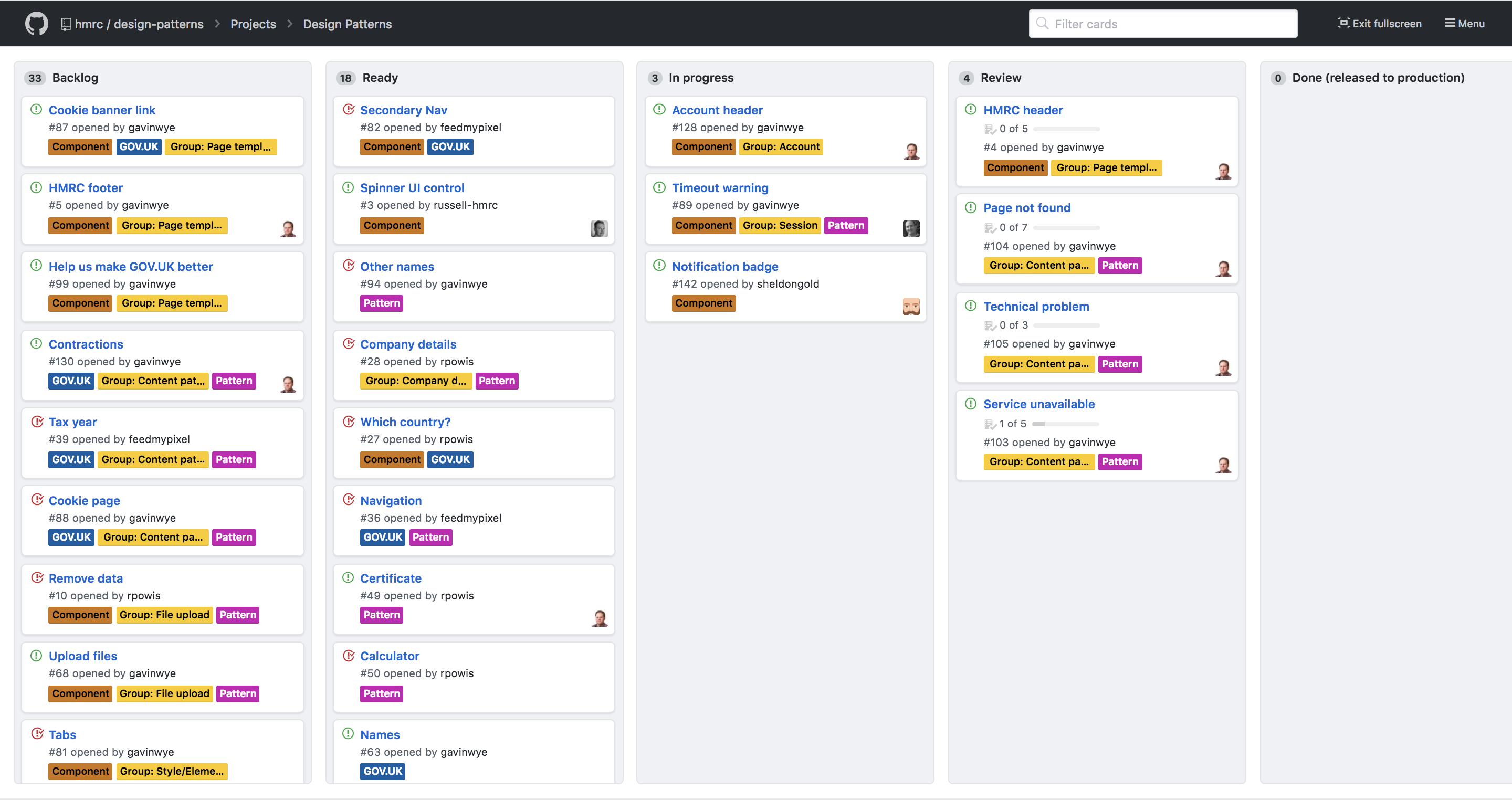 GitHub project board showing the backlog.

Advocating for the design system

I became the advocate for the design system within HMRC encouraging teams and Designers to use and contribute patterns to the system so they could be shared with the rest of government.

Elsewhere on the web